Automata are interactive kinetic sculptures.  I carve the wood pieces, paint them, and then the pieces are animated .by a hand crank.
Each is unique and tells its own story.  By turning the crank or pressing the lever, the viewer becomes part of the action. 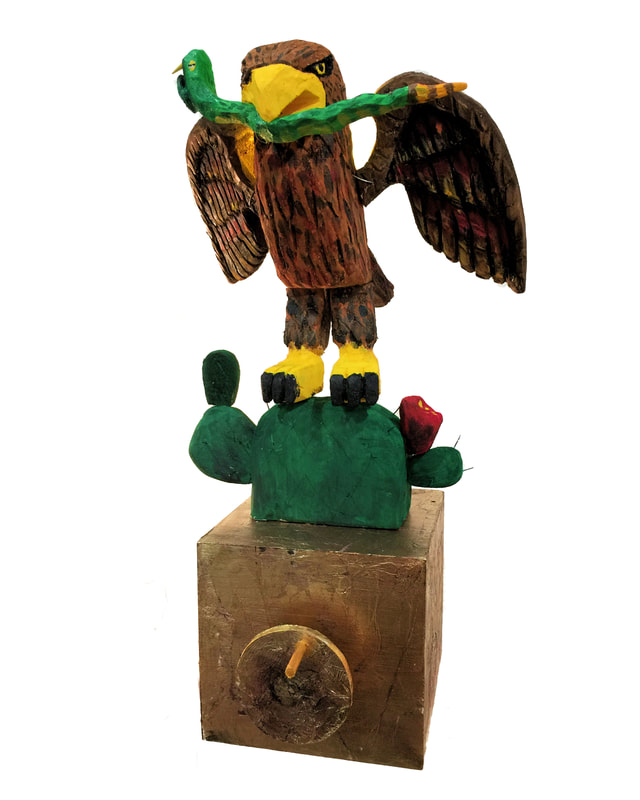 Leaving Aztlan--See this in the "Centers of Gravity" Exhibition Opening June 9 Shoreline City Hall--
"Leaving Aztlan" has found a home in the permanent collection of the City of Shoreline.

A long time ago, it was believed that an eagle perched on a cactus would be a sign to the people of present day Mexico of where to make their new home.  This piece represents all those who search for a home even as they leave their homelands behind. 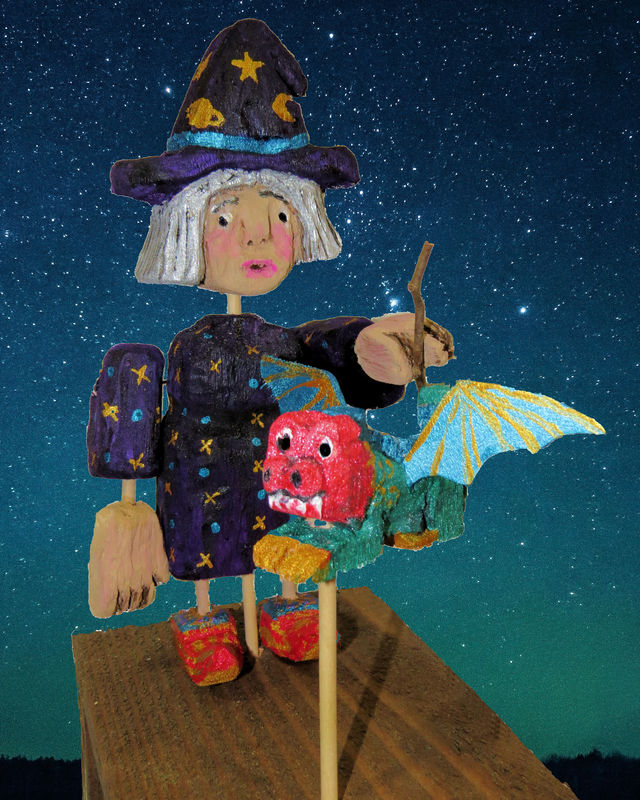 The little dragon is learning to fly with some help from a magic wand and a patient teacher. When you turn the crank, the magician turns her head back and forth, waves the wand up and down, and the dragon turns circles and goes up and down in the air. It is almost a rite-of-passage for Automata makers to attempt a magician piece. My version of the magician is a woman who is kind, strong, and brilliant. She has taught many, many little magical beings to fly. 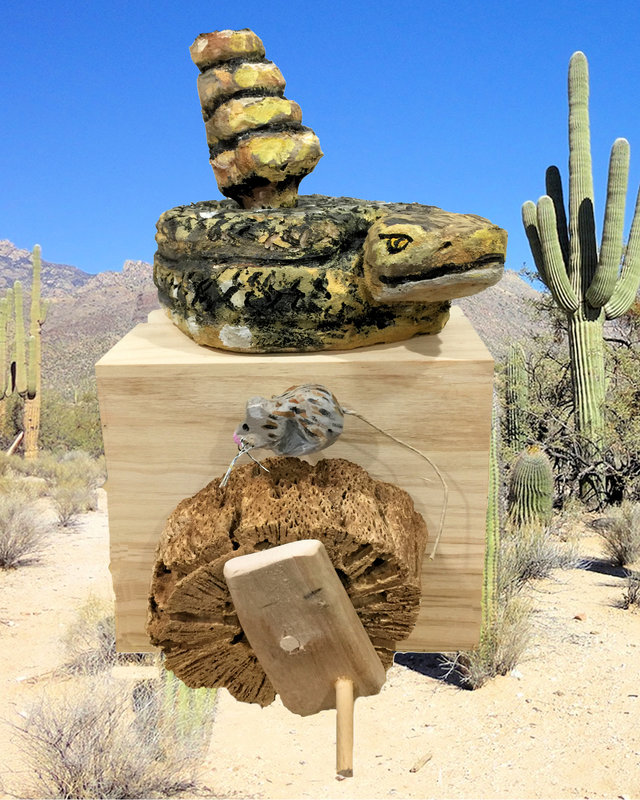 On the Nature of Things

A mouse runs through the Sonoran Desert, and the rattlesnake watches.  The desert is alive with animals and insects,  each playing their part in the large scheme of the universe.  When the crank is turned, the rattlesnake loudly shakes its rattles and the circular patch of earth under the mouse turns to make him appear to be scurrying with haste. 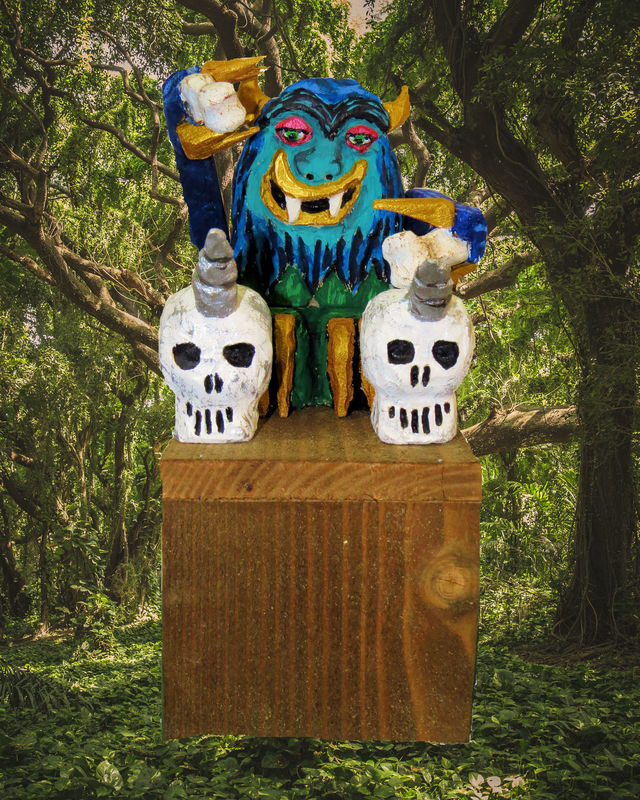 The Ogre makes music from the bones of his dinner.  When the crank is activated, he drums loudly on the skulls. 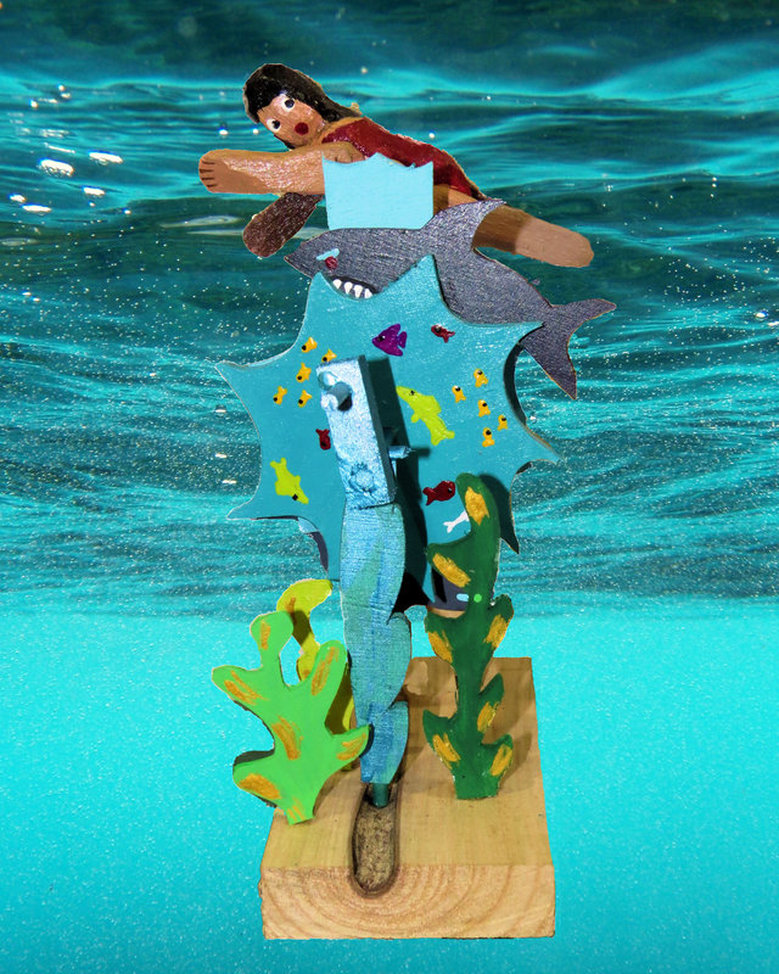 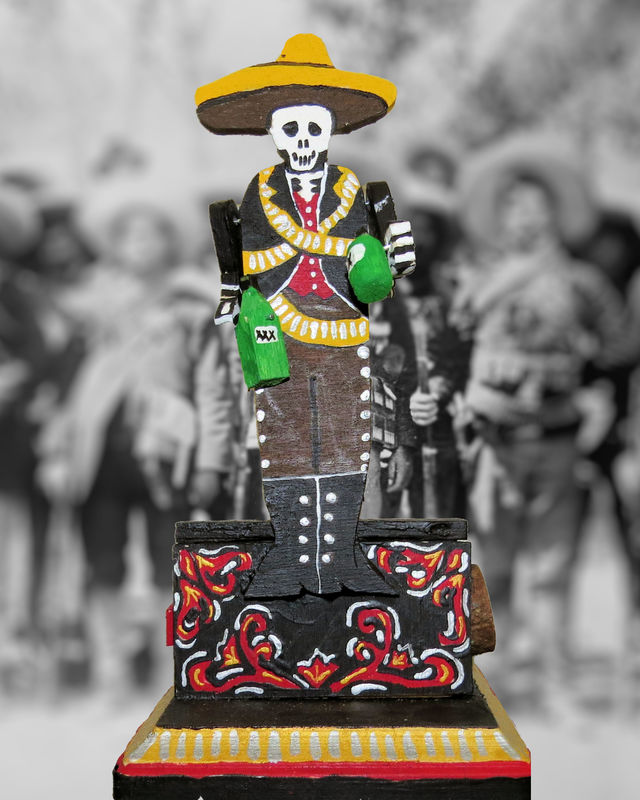 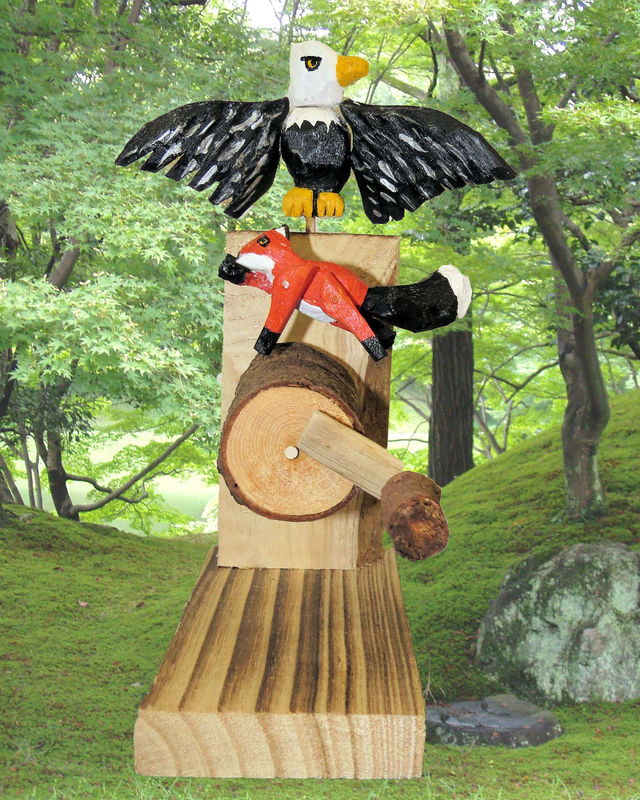 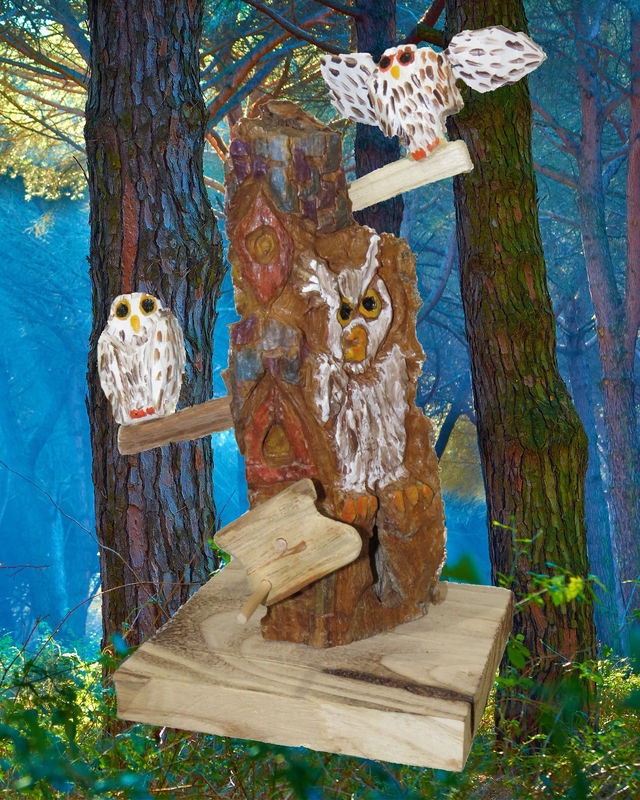 Waking up for the Night 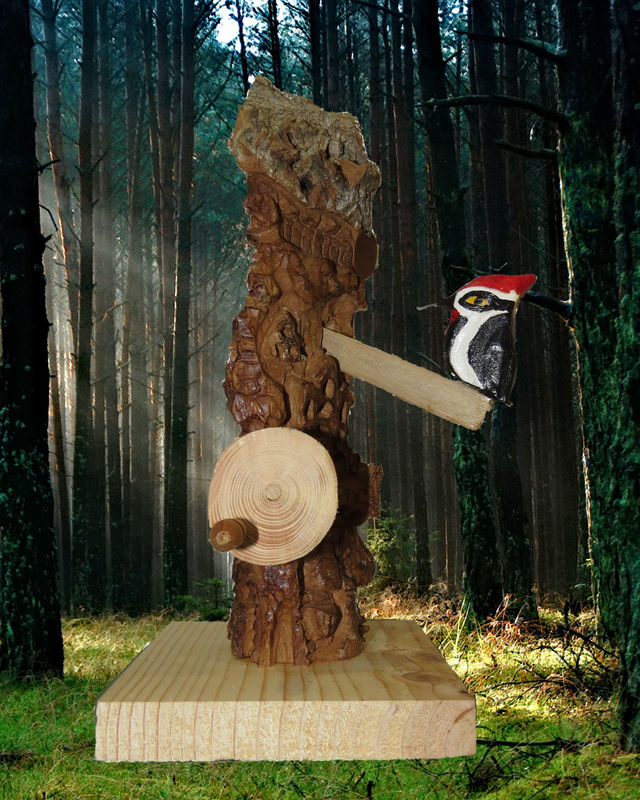 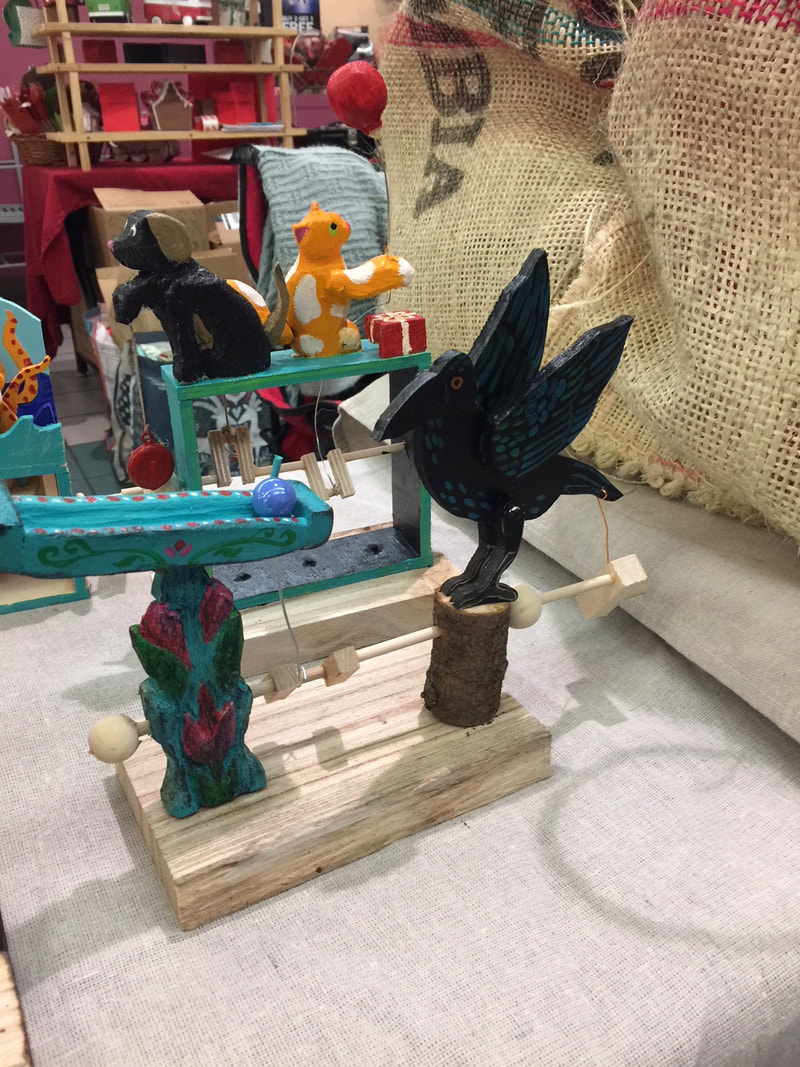 Po the Raven spends his time pecking at the water trough, but every time the water flows toward him, he hears a sound and lifts up his head.
Powered by